Each Christmas the public’s demand for an official Cold War Steve calendar (an actual glossy 12 month one) is palpable. I get inundated with requests (well, about four or five), but have always left it too late.

I felt that if I was to do one, I would want to create a new composition for each month – rather than just putting together twelve images I’d already released, sticking a calendar bit under each one and hoping for the best. I also wanted the images to be visually relevant to the month they were representing, to be timeless, free from any contemporary political statements. So with that in mind, I began to create the new pieces in the autumn, with the aim of getting all twelve completed in time to be sent to the printers before Christmas. Despite some all-night sessions, I didn’t really get close to completing the year before conceding defeat.

I was going to put the work aside and complete it later this year. However, I can’t plan that far in advance – who knows what will happen between now and then – so decided to release a calendar page each month, which will be free for people to download and print; if they so wish. The downloads will all be high resolution and printable up to A3.

It’s a bit of shit time to be releasing a calendar isn’t it, I mean no one is doing anything are they! Anyway enjoy! 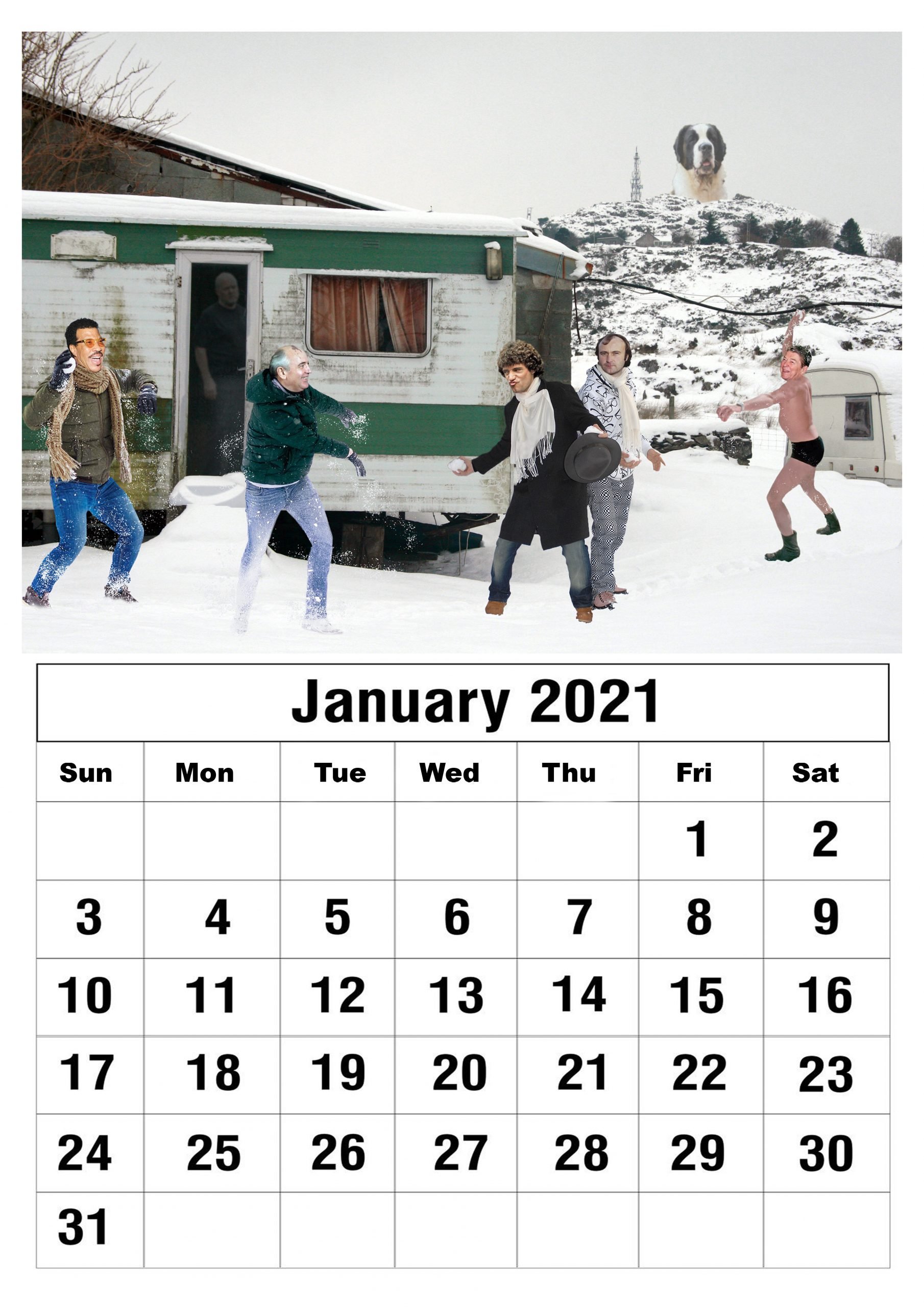 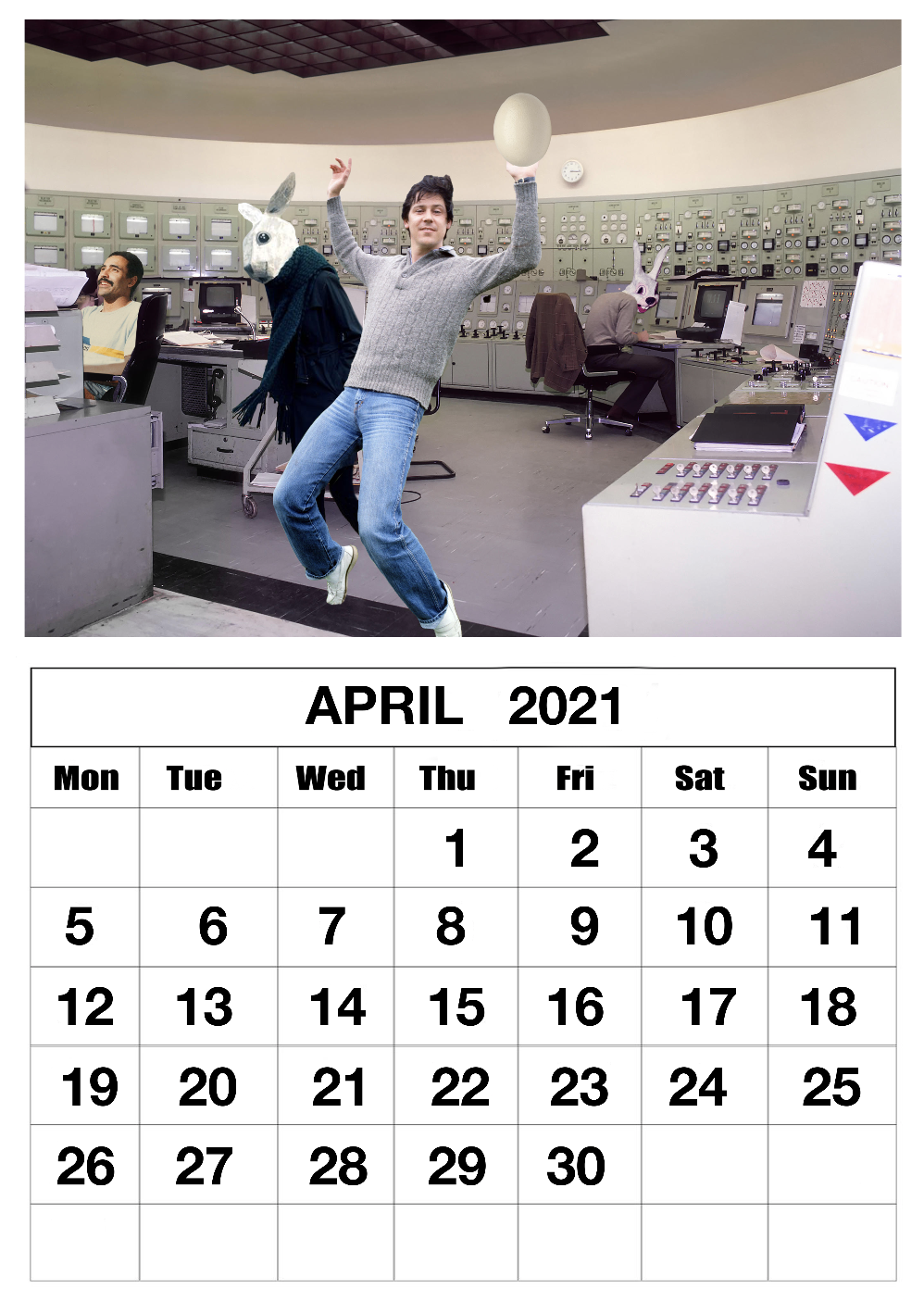 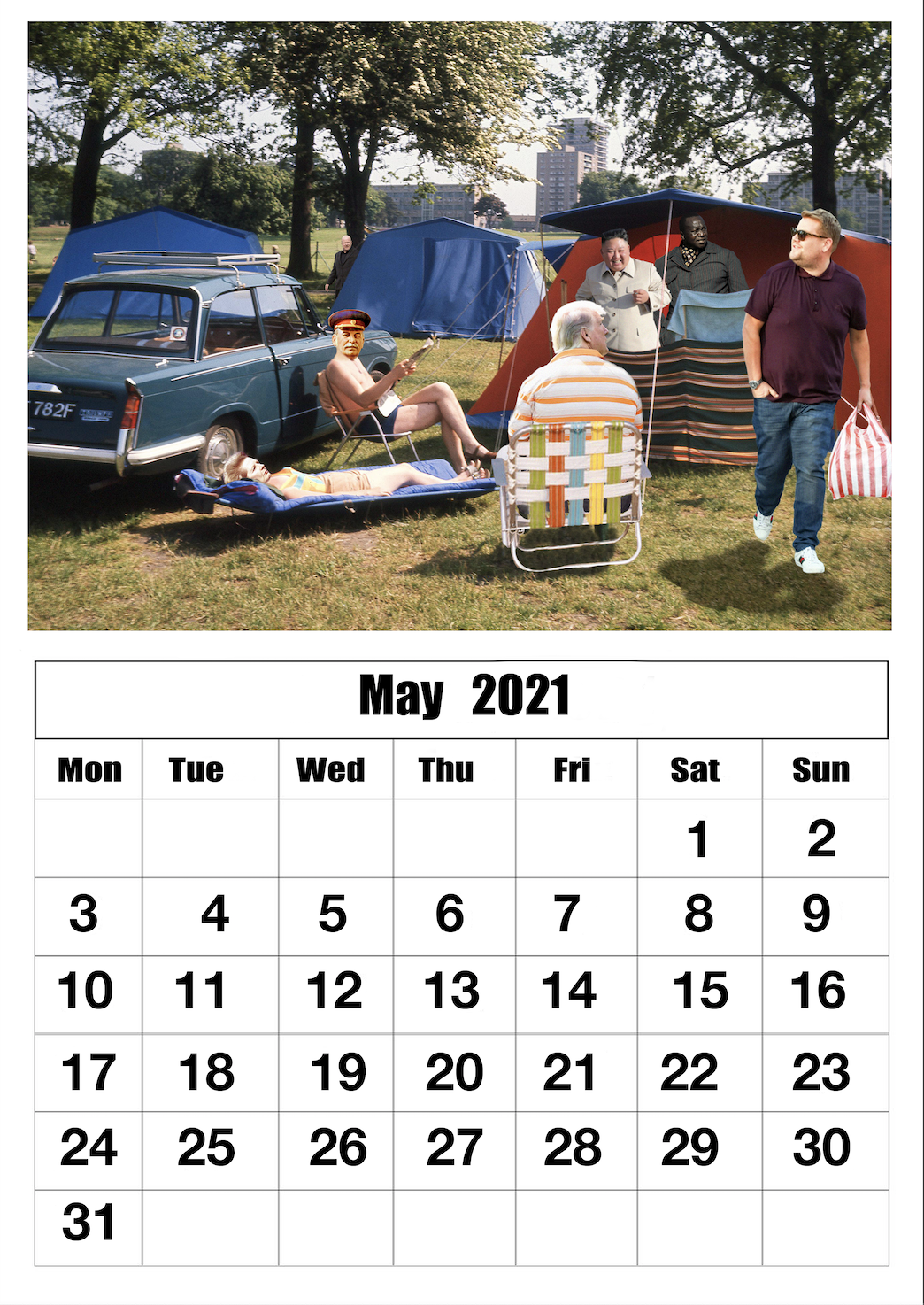 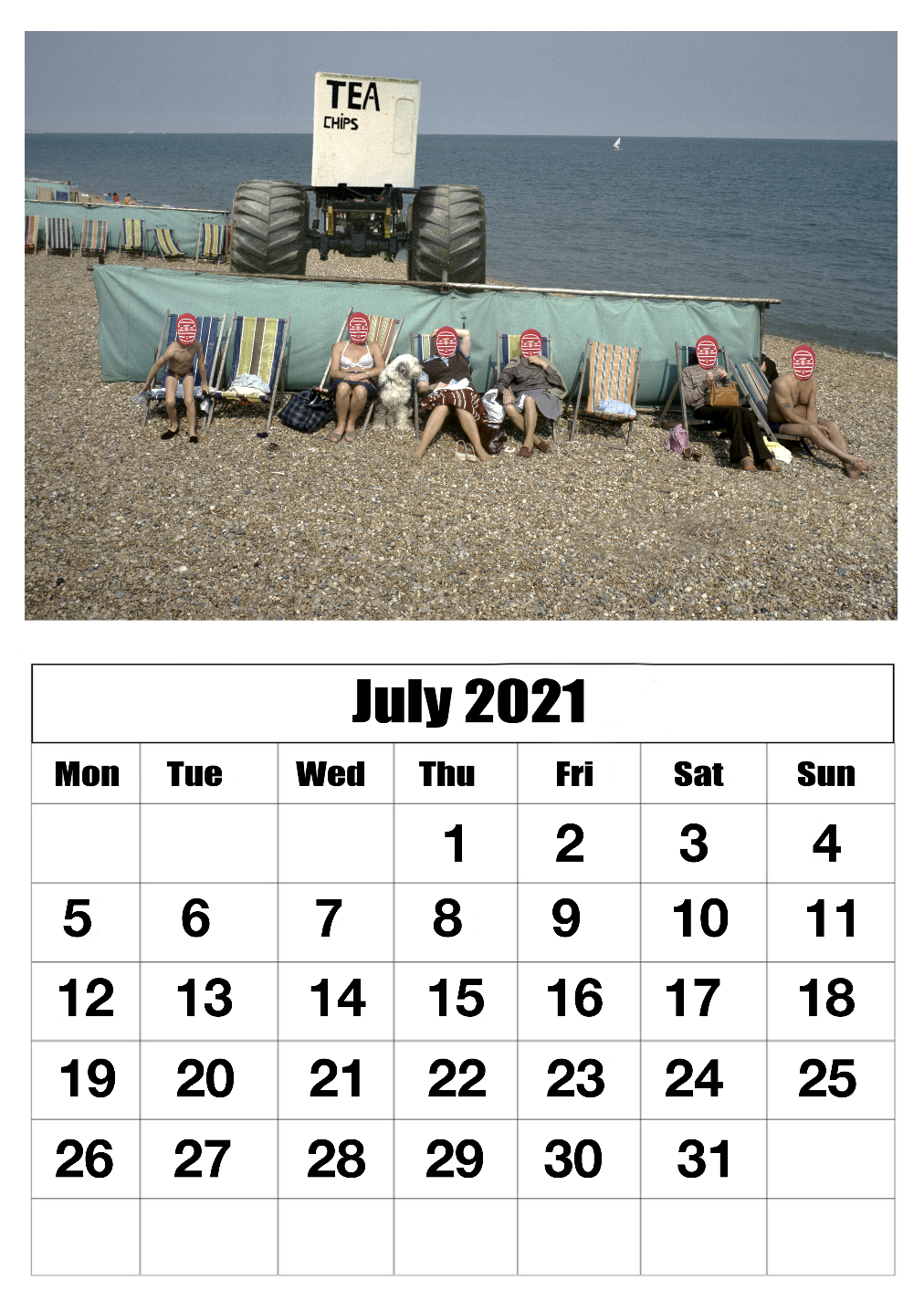 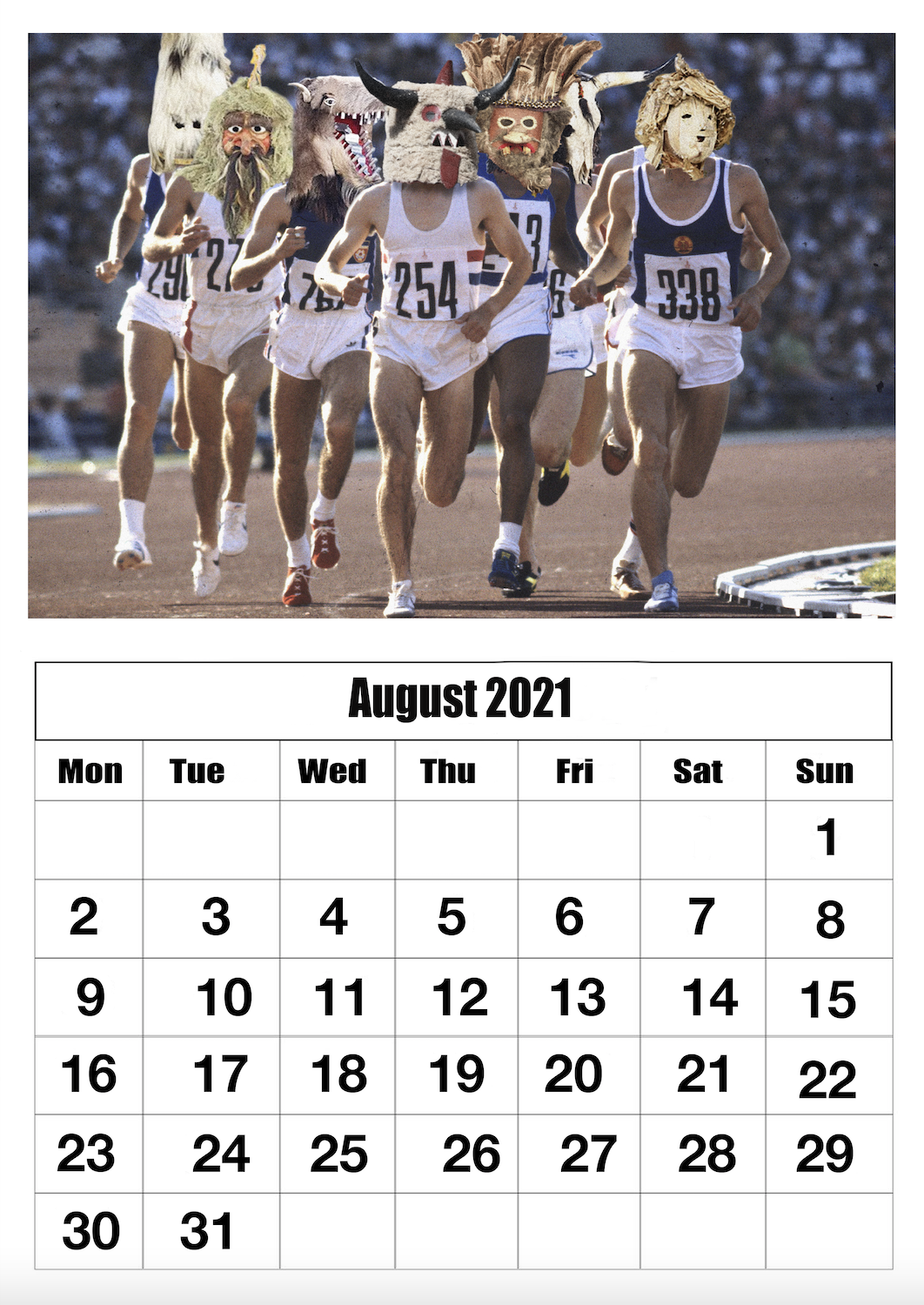